Skip to content
We bill Interweave’s podcast Fiber Nation as “a knitting podcast that goes beyond knitting.” Up to now, though, we haven’t strayed too far beyond, focusing on sheep, wool, and the survival of textile traditions in general. Our newest episode, “The Donner Party & the Doll,” is definitely about survival, but of the human kind. It’s also our most dramatic episode yet. 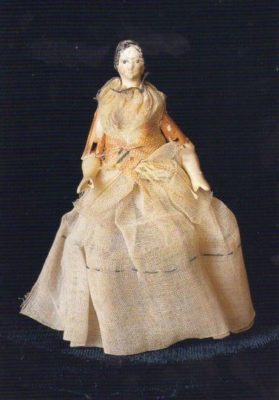 Among the survivors of one of the West’s most notorious events was 8-year-old Patty Reed, and the doll she kept hidden during the final months of the Donner party tragedy. If you don’t know about the Donner Party disaster, here is a quick synopsis: In 1846 the Donner and Reed families set out west along the Oregon Trail. A series of delays, misfortunes, and bad decisions left them stranded in the Sierra Nevada for months, trapped by heavy snows. Starving and ill, many members of the party eventually resorted to cannibalism before they were rescued. Amazingly, the entire Reed family survived this ordeal—including Patty and her doll. I came across Patty Reed’s story in the Fall issue of Piecework magazine, long before it went to press. I knew it was a story I wanted to cover, but I struggled to articulate why. Why did I find the story so moving, and so important to tell? In part, it’s because that doll—and her clothing—was a link to Patty’s beloved grandmother. Perhaps more importantly, the doll is a symbol of the things we hold onto when we lose everything else. I do hope you listen to “The Donner Party & the Doll.” It’s a podcast about tragedy, but also about survival, and how the things we make today connect us to those in our past and future. Thanks for listening, Allison 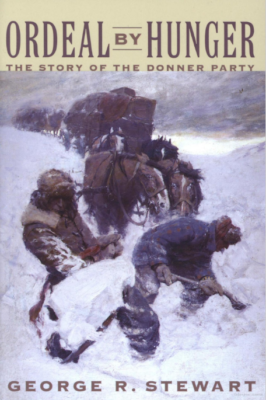