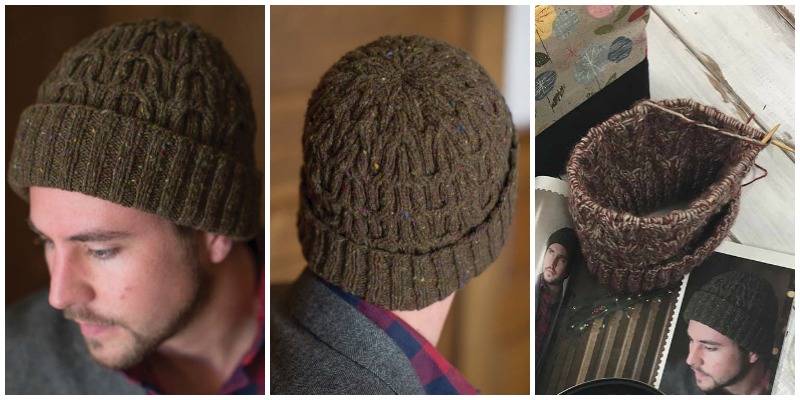 When you agree to make your boyfriend a knitted hat for his birthday after his birthday has already passed, you want something speedy, but still impressive. For me, that means a hat knitting pattern that uses Aran weight yarn or bulkier and a stitch pattern that looks impressive, but which I can memorize after just one repeat. I primarily use hats for stash-busting, so I also wanted to use a yarn that I already owned.

I had my own criteria, but I still wanted him to choose the pattern himself. As all knitters know, there’s nothing worse than giving a knitted gift that doesn’t fit the recipient’s personal style—and such things are remarkably hard to judge, no matter how well you know the future owner of your project. (Psst…Lisa Shroyer has some great tips for giving gifts to non-knitters!). 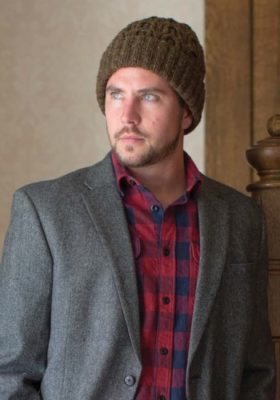 The Mason’s Hat is knitted in the round from the bottom up and features clever, fully-reversible cables. Worked in gorgeous Studio Donegal Soft Donegal 100% merino wool yarn, this hat can be made in a wide spectrum of colors.

Out came the stacks of Interweave Knits, knitscene, and Love of Knitting, and I sticky-noted all the projects I thought would be suitable. It didn’t take long for him to choose. The Mason’s Hat from Interweave Knits, Holiday 2016, designed by Carol Feller, was the clear winner.

Visibly cozy, unobtrusively manly, and long enough to cover the ears (non-negotiable, in this case), the only problem with this hat was finding the right yarn. As in, I didn’t have any yarn in my stash that was just right. I had a nice greyish-oatmeal hand-me-down mystery yarn that was just shy of the Aran weight called for in the knitting pattern, but it was quickly rejected.

“Everything I own is grey. I want a color!” he said.

After going through my stash over and over, despairing of finding something that was just right, I found another skein of mystery yarn: very fine, fuzzy, lace weight yarn in a bright, cheery red. Probably alpaca. Bingo. I would combine this yarn with the grey yarn and get the gorgeous tweed-y look of the Mason’s Hat featured in the magazine!

I worked up a gauge swatch to make sure the two yarns added up to Aran-weight and to see if my yarn combo was as pretty as I hoped it would be. As you can see, it looks pretty good. Plus, the fabric is thick, soft, luscious, and very warm. 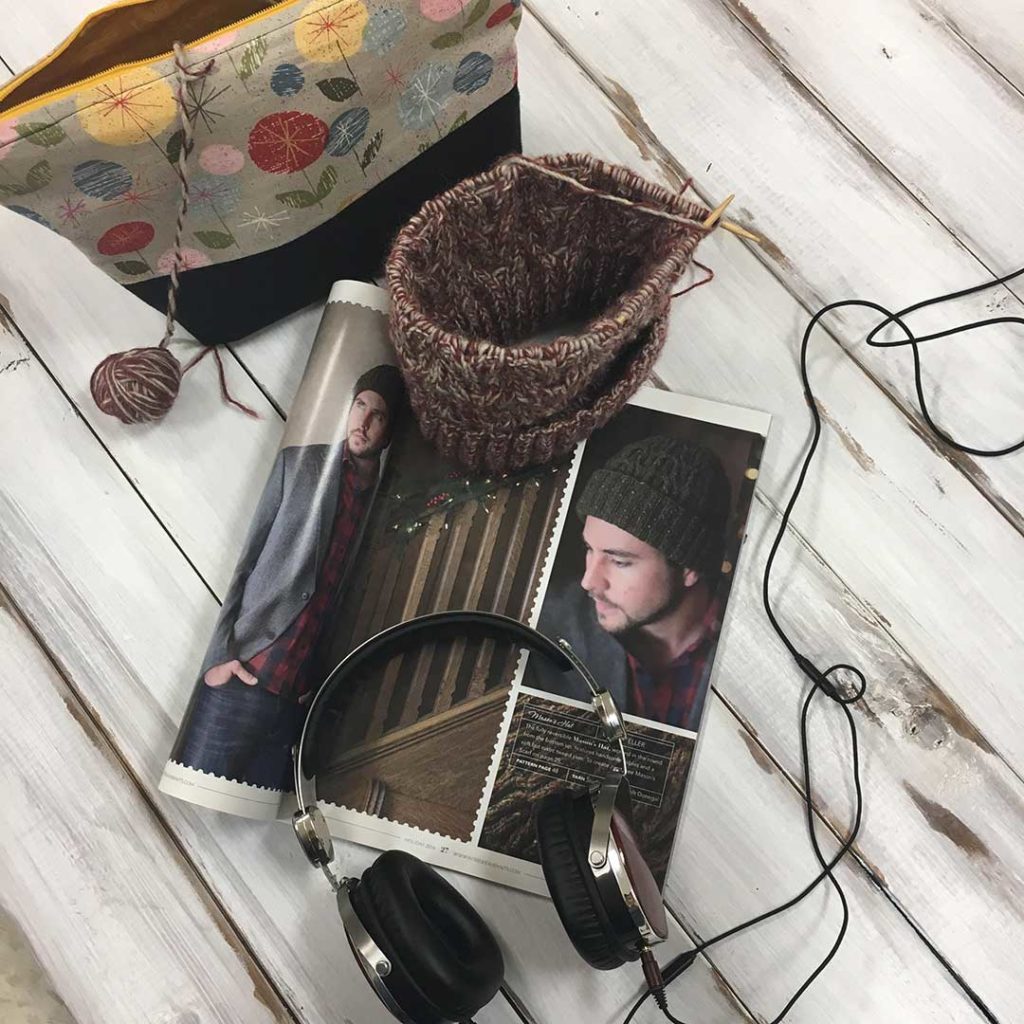 My Mason’s Hat is coming along well. You can see the reversible cables at work here. Notice how the cables on the inside of the hat look the same as on the outside. Very cool! 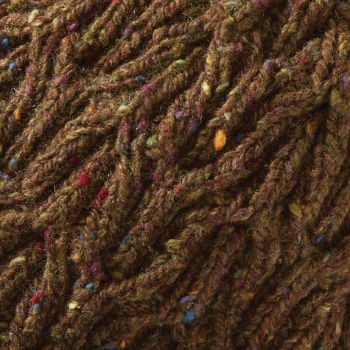 You can really see the beautiful cables and the fun, multicolored tweed yarn of the Mason’s Hat here. Studio Donegal Soft Donegal comes in many, many colors, from black to fuscia!

I’m thoroughly enjoying knitting the Mason’s Hat, and I hope you’ll also give this hat a try. The clever reversible cables are a pleasure to knit and unbelievably easy to memorize. I’m actually regretting that I’ve promised to give this hat away!

Since I’m already almost finished, I might just work up a second for myself. Maybe for my own version, I’ll splurge and get the Studio Donegal Soft Donegal woolen-spun yarn used in the original Mason’s Hat. Interweave Knits, Holiday 2016 even has a matching Mason’s Scarf, also featuring those awesome reversible cables, for a cabled scarf that’s never wrong-side-out. Genius!

You’ve Got This Nailed 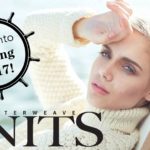