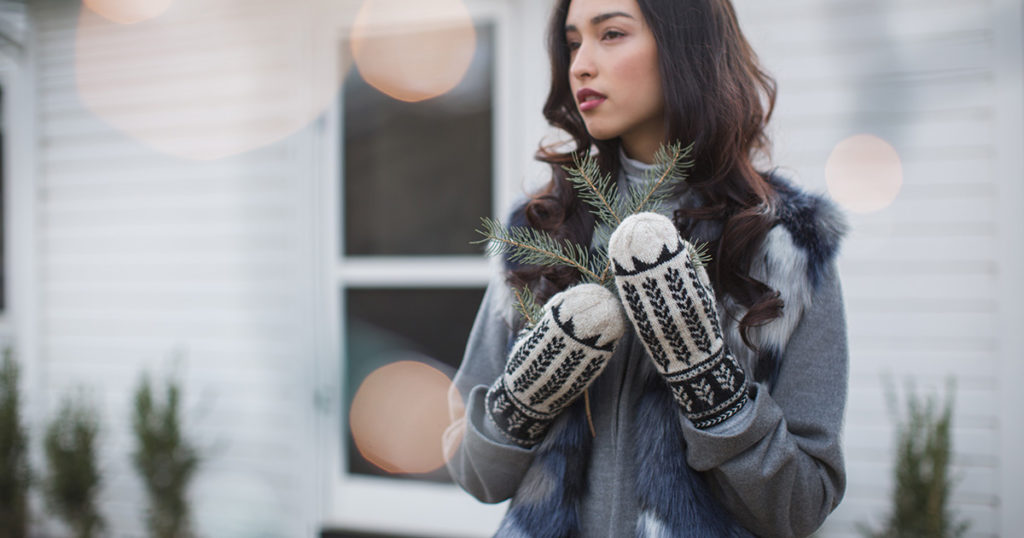 I had an aspiration. I was going to knit mittens for my sister for the holidays. Given that this post is going up in January, you can imagine how that went. However, I resolved to persevere, because (as long as she never reads this blog post), she will never suspect that I had initially meant them for this past season.

Freezing hands run in my family, and my sister’s are perhaps the worst. To that end, I resolved that I would make her lined mittens. Two layers of 100-percent wool would provide excellent insulation for what little warmth she does produce, and would also look absolutely fabulous. I eventually ended up choosing my pattern: the Ibex Valley Mittens from Interweave Knits Winter 2018 by designer Cheryl Toy. These gorgeous mittens are quite popular on Ravelry, and they would present me with several new challenges: namely, making the linings along with the outer mittens, and joining the two with a Latvian braid. 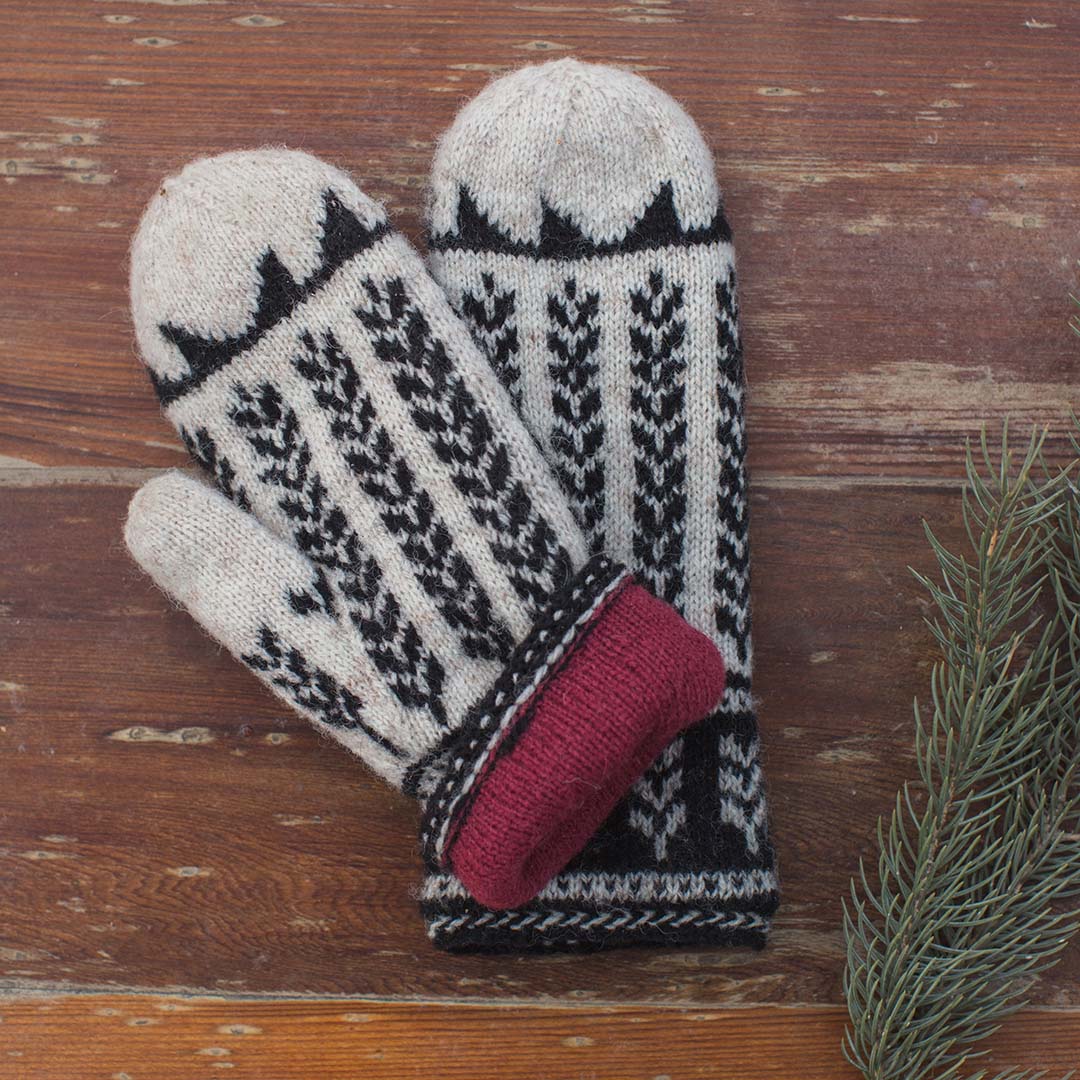 I was nearly done with the outer mitten—and I mean truly nearly done, I had started the decreases—when I finally accepted the truth that had been nagging at me as I knit: namely, the outer linings were going to be too tight! You see, I had been getting gauge, but I had also been wrapping my floats in an effort to keep things somewhat neat on the interior. The wrapping had been too tight, despite my best efforts, and this resulted in mittens that I feared wouldn’t have enough room for the linings.

It was with a heavy heart that I frogged a nearly-finished mitten. But I had the yarn. And I really, really did want to make them for my sister. I just wasn’t going to be able to finish them this year. So, I hopped on Etsy, ordered her a pair of earrings I knew she wanted, and then went back to the mittens.

After looking at some of the suggestions from other knitters on Ravelry, I resolved to begin again using a provisional cast-on, which would make the stitches on both the lining and the exterior easier to pick up for the Latvian braid. I also decided to knit the exterior and the lining concurrently, and keep my floats quite loose. This would allow me to check gauge as I went, but also to fit the lining inside and check the relative comfort as I went along. 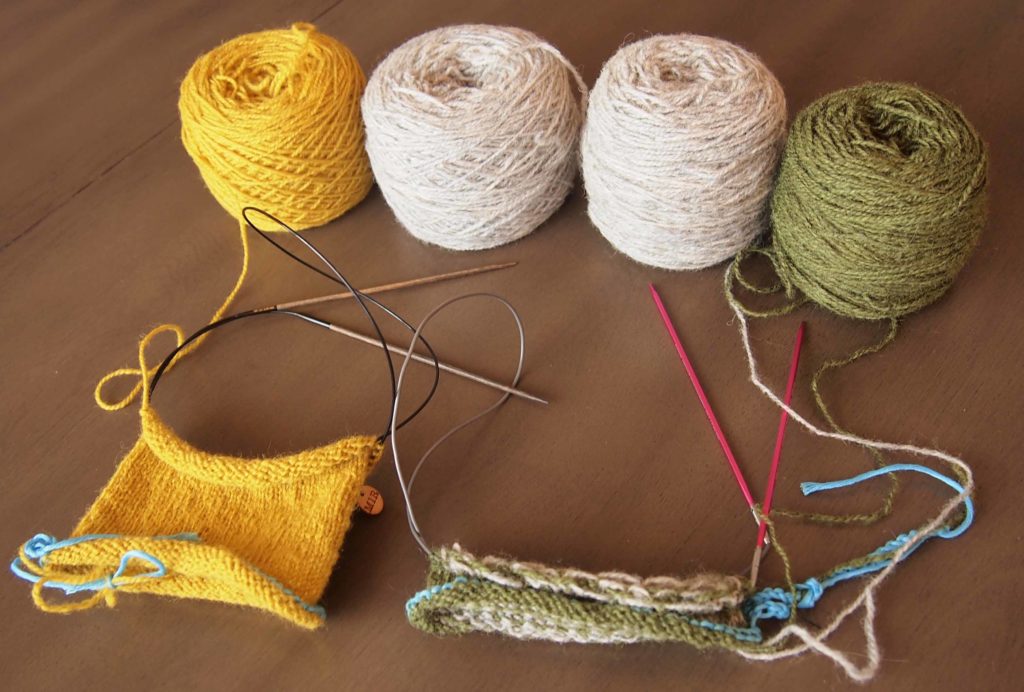 It’s been slow going, since December always gets very busy. However, we’re making progress! Photo by me.

As you can see, things are proceeding slowly but steadily. I absolutely love the colorwork on these mittens. The pattern is pretty straightforward and easy to memorize, and the simplicity gives these mittens a delightfully rustic air. I’m still fairly new to colorwork: I’ve really only knit a stranded pattern twice before, and it was only on the second project that I learned about wrapping floats. However, I’m optimistic that these will come out beautifully. Stay tuned! Hopefully I’ll have an update for you before the holidays next year.

Be sure to count your stitches (and also check your gauge)!

Explore colorwork in the new year! 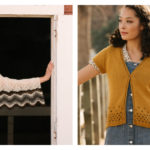