A New Season of the Fiber Nation Podcast, or: The Case of the Half-Knit Stocking 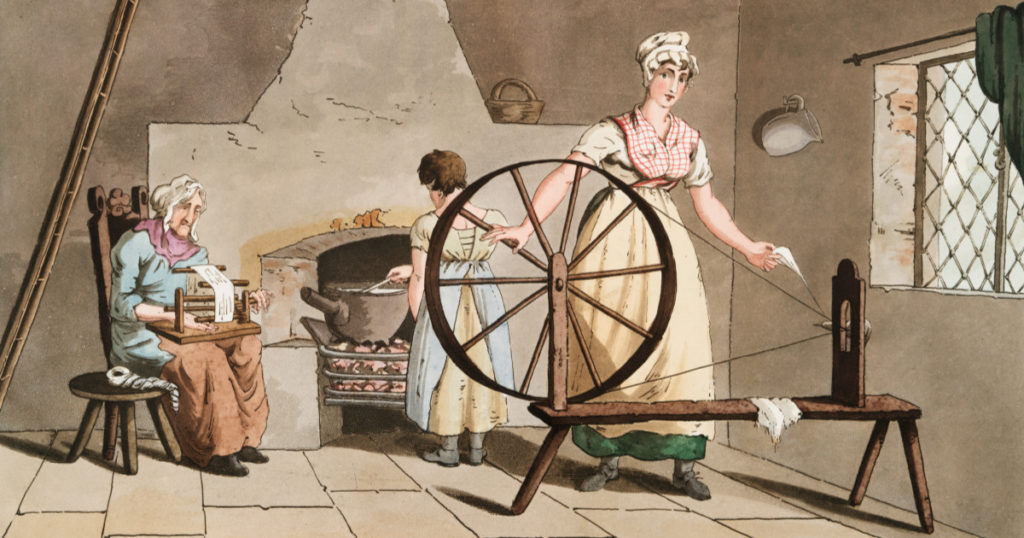 Fiber Nation is a knitting podcast that goes beyond knitting. That’s a catchy phrase, but what exactly does that mean? For a podcast grounded in storytelling, it means that any story is worth telling, so long as there is yarn in there somewhere. 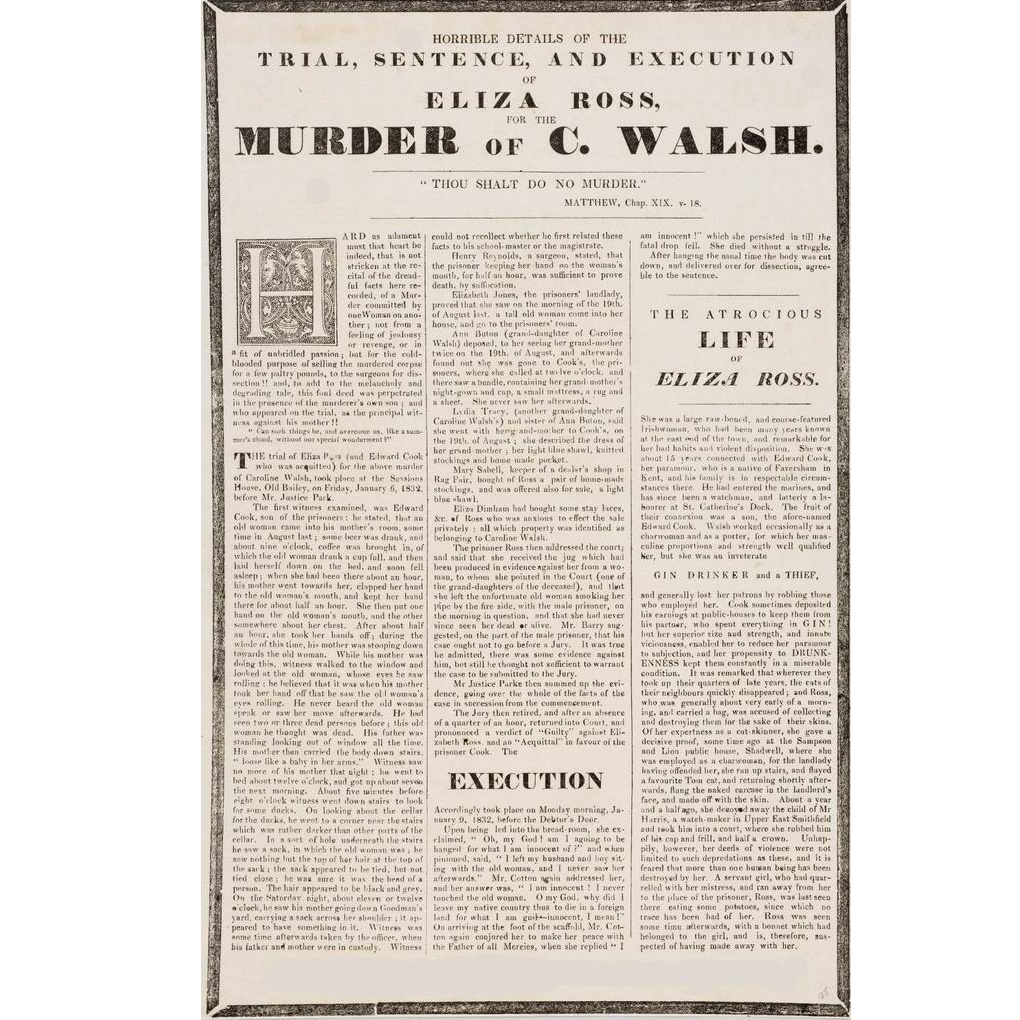 The murder of Caroline Walsh was solved in part by the discovery of her handknit stockings. Credit: Murdepedia.com

Beginning February 4, 2020, we’ll have a new episode of Fiber Nation every month. The next episode is called “The Half-Knit Stocking” and it’s about true crime, Victorian England … and knitting. Two women were killed in different cities, at different times, and with different motives. But in each crime, a handknit stocking cracked the case. 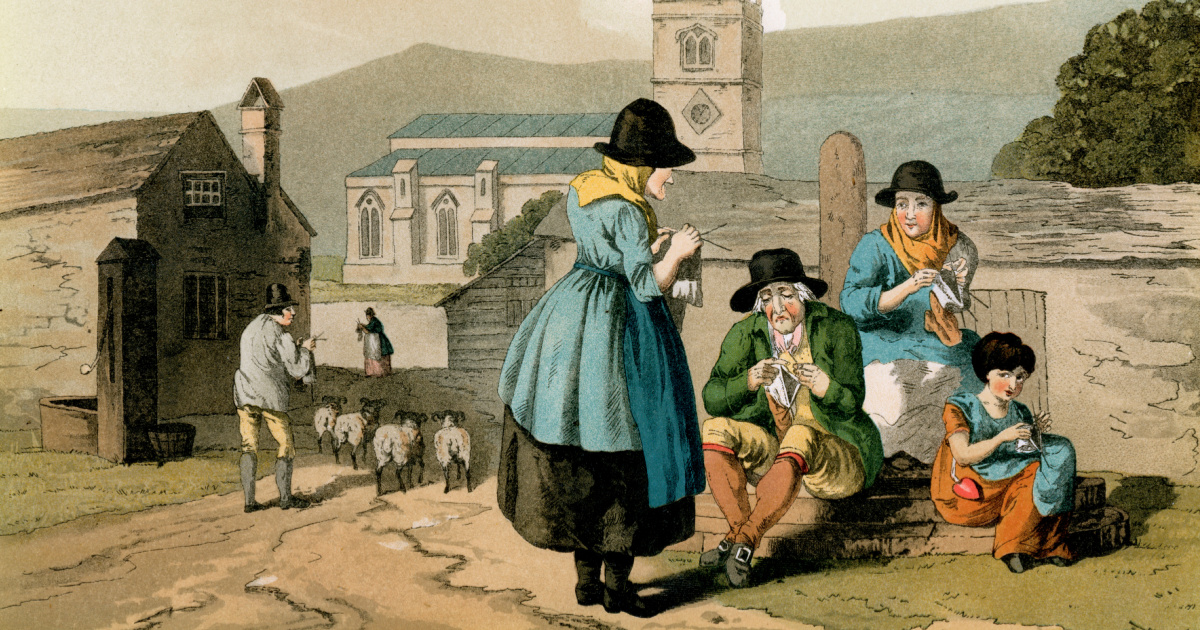 Vintage colour engraving of a Wensleydale Knitters. The Costume of Yorkshire by George Walker. 1815.

In part, this was because Victorian women—particularly working-class women—were always knitting. This episode is as much about unending drudgery as it is about murder. Under the piecework system of labor, women knit, or sewed, or embroidered, and were paid for each completed piece. They were paid so little, however, they had to work nonstop to help support themselves or their families. There are enough contemporary accounts of women being found dead, knitting in hand, that when farmwife Ellen Taylor was found dead without her knitting beside her, her family immediately suspected foul play. 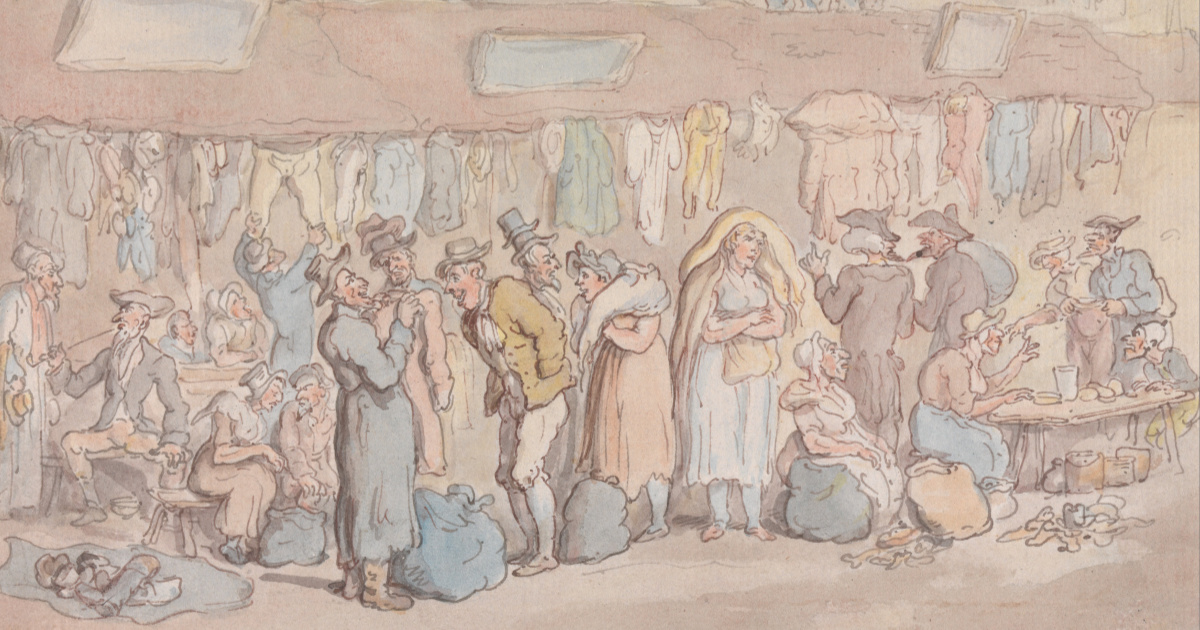 Rag fairs and “slop shops” were a source of clothing for many city-dwellers. Credit: Thomas Rowlandson/Google Art Project

Handknit stockings left their footsteps in another murder, too. Clothing was so precious it was literally worn to bits, and second-hand “slop shops” saw a brisk trade. When Caroline Walsh disappeared from a London boarding house, she left her stockings behind. Her granddaughter became suspicious, and that led to a gruesome discovery in the basement …

“The Half-Knit Stocking” is a tale of murder, mayhem, grave-robbing, and handknits. If you haven’t yet discovered the Fiber Nation podcast, we hope this is enough of a tease to make you listen. And coming up we’ll have episodes about wool mills, what well-dressed mummies wear, and colors that kill. Stay tuned!

Want to hear more? Check out these episodes: The Donner Party and the Doll, From Russia with Love, Country Life,  and Not What I Expected. And be sure and see what other fiber-lovers think about Fiber Nation! 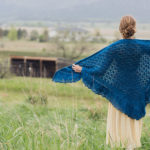 What Makes a Shawl a Shawl?