My little world was rocked. When John Glenn became the first human being to orbit the earth in 1962, we saw part of it on a television set specially brought into my first-grade classroom. Of the two events, I was almost as wide-eyed at watching TV in school as I was about putting a man into orbit, but I knew which was the bigger story. It was not our first venture into space, not even the first that I remember, but it was the first that I understood as extraordinary.

Ever since, the Space Age has thrilled me, broadening our horizons and showing us worlds throughout our solar system and beyond. Yet one of the most striking horizons of all was revealed to us early on when we simply looked back at ourselves. Taken in 1968 from Apollo 8 as it neared the moon, Earthrise portrays our planet as another celestial object. The iconic photograph wasn’t just the big story of the moment, it literally showed us the big picture for the very first time.

As we were looking ever farther outward into space, we were also looking more closely earthward at home. Increasingly, we came to see, study, and think of the earth as a whole. Nowhere was this perspective more pronounced or provocative than in the Gaia hypothesis, which was derided in much of the scientific community but captured the imaginations of people from all walks of life. Named after the primal earth mother of Greek mythology, Gaia first conceived of the earth and its systems as a single, complex organism. Now modified to a single, complex, self-regulating system of inorganic and organic entities, the idea is also considered a scientific theory because it has been supported by experiment and prediction.

Established in 1970 not long after we saw Earthrise and not long before we began hearing about Gaia, Earth Day marks its 50th anniversary this April 22. It aims to bring recognition that this planet is our one, hospitable, but not inevitably hospitable place to live, and that we can contribute both to its suitability and unsuitability for sustaining life. Over the decades, Earth Day, too, has stirred things up, sparking both controversy and inspiration. This year’s event focuses on the climate, cleaning up, environmental science, food production and distribution, and art. 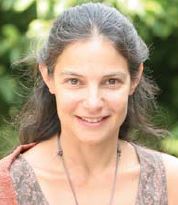 Inhabiting a world that is particularly tied to the earth’s resources, we focus in this issue on how the jewelry, gem, and mineral community understands and interacts with our planet. In the special Earth Perspectives section starting on page 58, we view several ways artists incorporate the earth as a literal and conceptual design motif. We also report on how the planet factors into studio and field collecting practices. These are eye-opening features, in both image and idea.

Get the Earth Day issue! 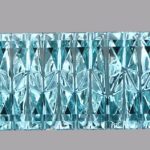