Is that a slip stitch or a single crochet?

Have you ever tried to work a project from a vintage crochet pattern and your finished piece just didn’t look right? You followed the instructions as closely as possible considering their decidedly sparse nature, but the piece you finished just looks out of proportion or too big.

Is this a slip stitch or a single crochet? The answer might depend on your pattern.

If you are used to crocheting from patterns written in the United States, you were probably working the wrong stitches. While both English and American patterns use the same terminology when referring to crochet stitches, stitch names actually refer to different stitches. And many vintage patterns use English terminology. 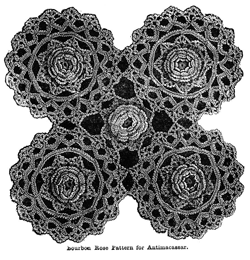 If you find you are having trouble remembering which stitch to work, keep a translation key handy or write out the pattern in the crochet vernacular you are used to. I have also found that a set of highlighter pens can come in very handy. Highlight the single crochet stitches in yellow, the double crochet stitches in green, etc.