7 Free Herringbone Stitch Beading Projects You Have to Try 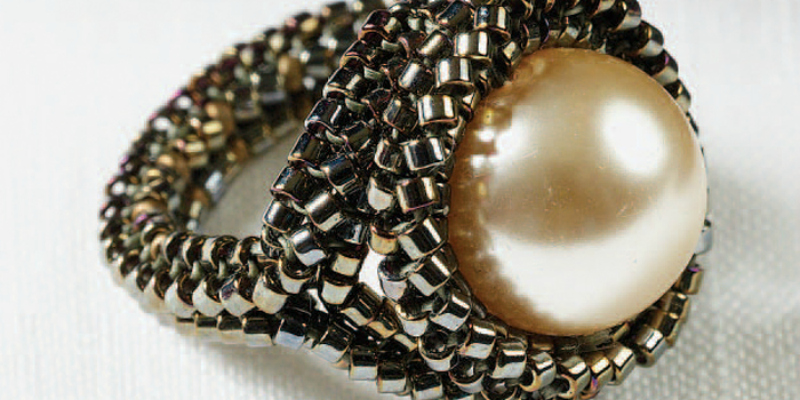 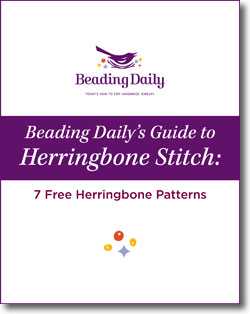 I can’t think of another bead-weaving stitch that is as versatile as herringbone stitch. Maybe I’m biased—herringbone stitch is, after all, my go-to beading stitch when I want to make a beaded rope for a pendant, a beaded bezel for a cabochon or a crystal stone, or make a fancy beaded collar.

Herringbone stitch and all of its wonderful variations can be used for just about any beading task at hand. Need a quick beaded rope or lariat? Try making a soft, supple, and strong herringbone rope. A strong and sturdy base for beaded necklaces and bracelets can be made with flat herringbone. Tubular herringbone, with or without a twist, is the perfect way to create substantial beaded bracelets and necklaces that are just begging for a little embellishment!

How to Do Flat Herringbone Stitch 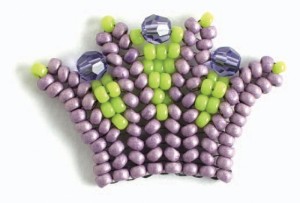 Stitch Pro Column by Jean Campbell
The free column tackles flat herringbone stitch—a quick, strong stitch. Got herringbone down? Then expand your skills by learning how to make both subtle and extreme increases, creating this pretty crown shape. All you need to follow along is two different colors of size 11° seed beads (A and B), a few 4mm round beads, a beading needle and some thread.

How to Make a Necklace with Herringbone Stitch 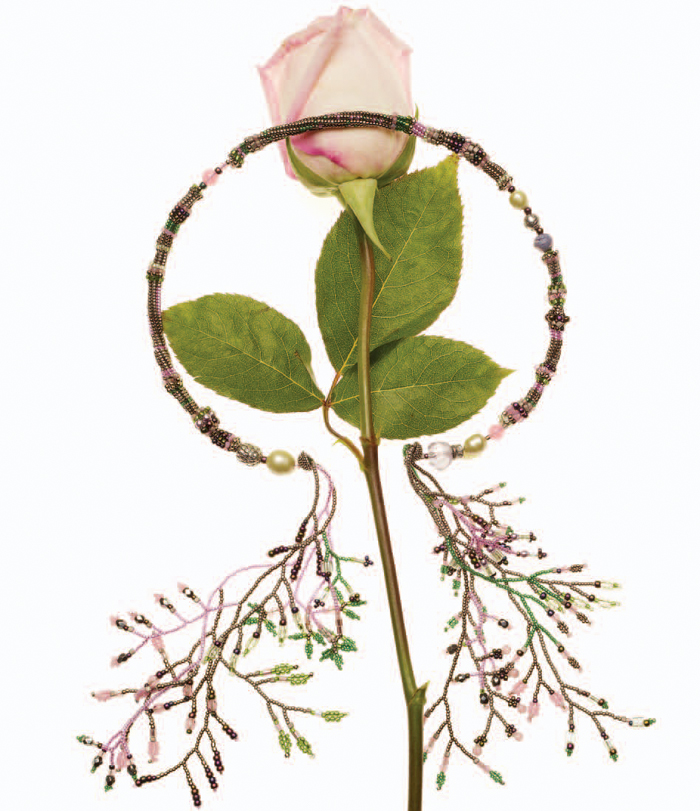 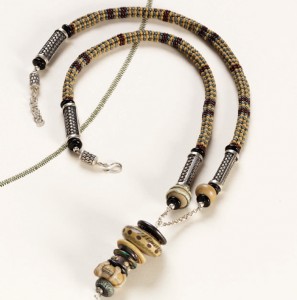 Maggie’s Weave by Marlene Blessing
If you’ve ever thought that basic herringbone tubes were boring, check out this free herringbone pattern. Named for the designer’s Grandma Maggie, this necklace was inspired by the graphics in JoAnne Zekowski’s lampwork beads. This fashion-forward piece combines her spectacular beads with herringbone-stitched tubes, silver beads, and chain. 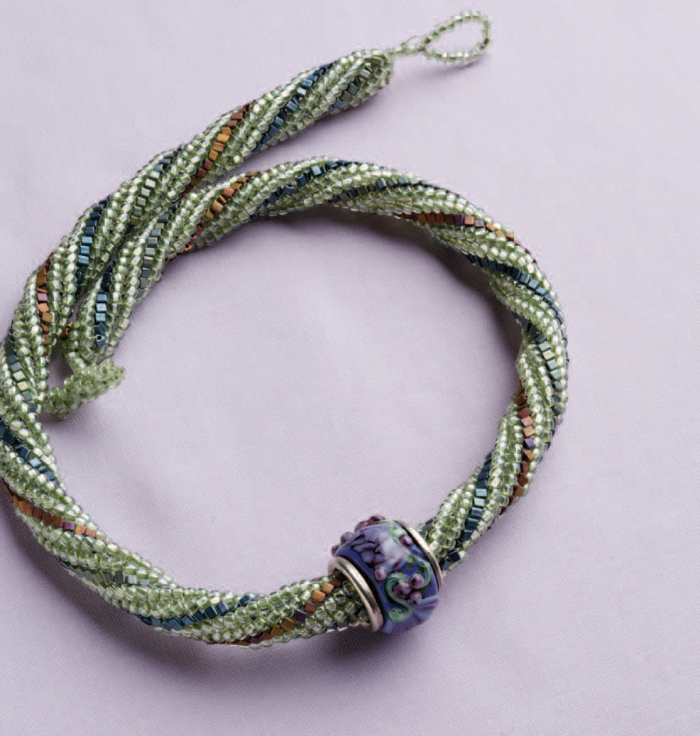 Herringbone Necklace by Doris Coghill
This beaded necklace was originally designed a couple of years ago to show off the silver-cored beads made by Doris’s lampworker friend, Lea Zinke. Lea keeps coming up with new colors of beads, which requires Doris to make a new color of necklace! This simple and refreshing herringbone necklace can be used to showcase your favorite glass bead.

How to Make a Beaded Choker with Herringbone Stitch 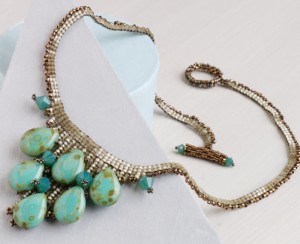 Cairo Necklace by Lynn Davy
A modern take on a classic style, this deceptively simple choker has plenty of intricate detail with glass drops that mimic high-end stones. This project is a perfect example of how a strong herringbone stitch base can be embellished with larger beads for a modern, sophisticated look. 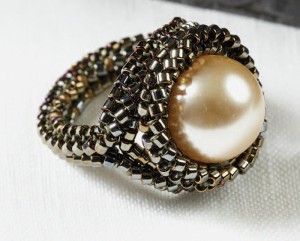 Modern Medieval Ring Maria Theresa Ferreira
After seeing a bold pearl ring in a jewelry shop, Maria Teresa was inspired to create its beadworked cousin using tubular herringbone-stitched cylinder beads as the base. Herringbone tubes and ropes are wonderfully supple and soft, and Maria Theresa takes full advantage of these qualities with this ring. Bend and swirl a simple herringbone rope to capture a beautiful crystal pearl focal bead! 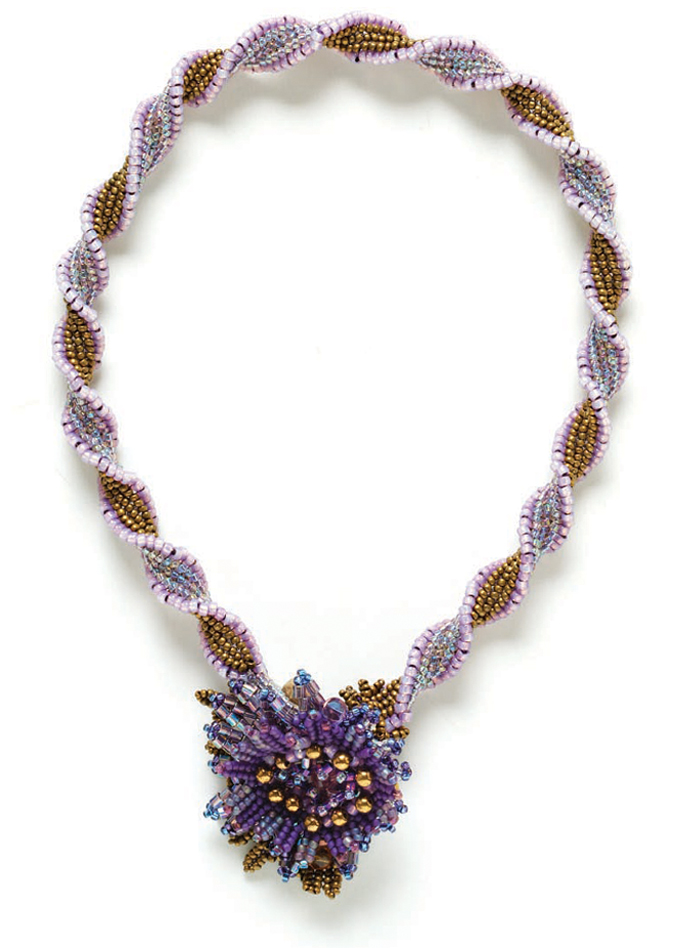 So grab your favorite tube of seed beads and get comfortable, because once you start stitching these projects using herringbone stitch, you’ll find it’s very hard to stop. (Don’t say I didn’t warn you!) Download your free copy of 7 Free Herringbone Patterns and get busy beading! 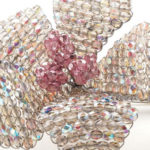 How to Make Brooches with Beads: 4 Free DIY Tutorials